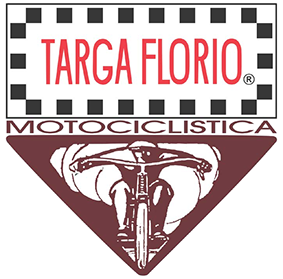 After 87 years, the legendary Targa Florio Motorcycle returns in the Madonie. The last one was in 1929

Motorcycle Race. The year 1929 was the last one edition into the Madonie. The other 8 were into the Real Favorita cycle track of Palermo.

”Keep my work because I have created to defy time”

After 87 years, the legendary Targa Florio Motorcycle returns in the Madonie. The last one was in 1929

De Petri Adventure in collaboration with A. C. Palermo and Moto Club Limite 90 Cerda, organize the 19TH Targa Florio Motorcycle in the legendary circuit of the Park of Madonie.

The event will take place on 4/5 November 2017 using the legendary Floriopoli structure with its historical Tribune.

The historical re-release will be divided: regularity test and review historic motorcycles, motorcycle grand prix, motorcycle "Dakar" (by invitation) in a limited zone close at traffic near Floriopoli and a motorsport event noncompetitive (limited number) open to all motorcycles regularly registered, insured and badged who will walk 1 lap of the medium circuit of Madonie, Km.117, theater of the early years of the legendary Targa Florio motor racing.

- The event is not competitive motorsport

*1st of November: each additional night a person

1 night hotel 4 star double room half board drinks not included.

1 night hotel 4 star double room half board drinks not included.

Lunches and drinks anything not mentioned in the ”rate includes”

The participation rate is including the night 4/11 a double room in half board ,drinks not included, single supplement.

The participant does not specify the passenger/rider will be placed in a double room at the discretion of the organization.